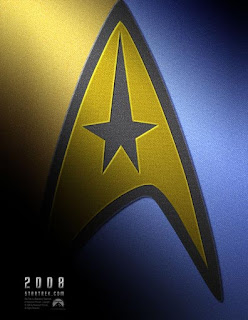 So a number of the WOTF judges write (or have written) media tie-in books, and there was some discussion amongst the various winners about whether we would do likewise someday. Some said they would absolutely, others refused outright, others said they would but under a pen name to differentiate it from their personal fiction.

I was sort of on the fence about the whole idea: in some ways I think I’d find it inhibiting to follow somebody else’s rules and continuity (though Sean Williams says he has loads of fun doing Star Wars books)…but then again it could be fun to contribute to a universe I love, like Star Wars or Star Trek, and the paycheck would be nice, because these books have HUGE built-in audiences. But having the opportunity to do any of these kind of titles is realistically years off, so I didn’t think too long or hard about my official position.

This morning I stumbled through one of the random, magical tubes that comprise the Internets and was presented, almost from whole cloth, a really cool, fun idea for a Star Trek novel. Oddly, this is a retcon idea for the TOS era even though I’ve always been more a ST:TNG man.

I’m not going to tell you that! What do you think I am, stupid?

So now, if anyone ever asks me or will let me, I think I’d consider writing a Star Trek novel because it would be fun.

2 Responses to To Boldly Go?