According to an article on SciFi.com, there are apparently plans afoot in Japan to build a 13,123-foot-tall building which would be able to house upwards of 1,000,000 people and would cost somewhere between $300 billion and $900 billion to construct. 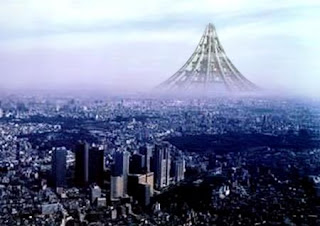 That’s about 7 times taller than the current tallest building on earth, and 700 feet taller than Mt. Fuji.

It will probably never get built and it’s a very William Gibson/Bladerunner-ish sci-fi idea…but how cool would that be? 🙂