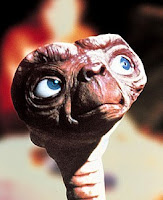 So I’ve been woefully behind in regular postings of late–I’ve been traveling a lot for work–but I saw something today that I just had to post about.

Rev. Jose Gabriel Funes, the Jesuit director of the Vatican Observatory, was quoted in the Vatican newspaper L’Osservatore Romano as saying the vastness of the universe means it is possible there could be other forms of life outside Earth, even intelligent ones.

“How can we rule out that life may have developed elsewhere?” Fr. Funes said. “Just as we consider earthly creatures as ‘a brother,’ and ‘sister,’ why should we not talk about an ‘extraterrestrial brother’? It would still be part of creation.”

Funes said that such a notion “doesn’t contradict our faith” because aliens would still be God’s creatures. Ruling out the existence of aliens would be like “putting limits” on God’s creative freedom, he said.

Now as a Catholic myself and as a sci-fi writer it was nice to hear this. I’ve been thinking it for a long time, but it’s nice to have my opinion backed up 🙂 But what was even more interesting to me was Fr. Funes’ speculation that some aliens could even be free from original sin, that primordial break with God that gave rise to (amongst other things) the saying “forbidden fruit”.

The funny thing is when I was about twelve I asked my dad, who was in seminary for a while and who has a Church degree in Tomistic philosophy, whether he believed in aliens–we’d been watching a lot of ST:TNG at the time and were also having a debate about whether Data could have a soul (my father assures me that, according to St. Thomas Aquinas, that would be impossible. He backed this up by assigning me some reading from the Summa Theologica on the nature of the soul–I was TWELVE…)

As I recall, he didn’t ever give me a yes or no to the alien question (which I think means it’s a “no”), but dad did speculate–as does this Vatican astronomer–that if there were aliens they might not have suffered original sin. If that were the case, he reasoned, these perfect aliens in their state of grace might not want anything to do with us, or perhaps we simply wouldn’t have anything to say to each other. My dad used this to duck the question and say something to the effect of “So what does it matter if there are aliens, then?”

You can imagine how this infuriated a young, would-be SF writer… 🙂

Comments Off on “He Ain’t Alien, He’s My Brother” OR “Saint ET?”