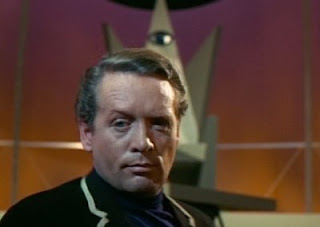 I will not make any deals with you.
I’ve resigned. I will not be pushed, filed,
stamped, indexed, briefed, debriefed
or numbered. My life is my own. I resign.
– Number 6

Emmy-winning actor Patrick McGoohan, star of the 1960s TV show The Prisoner, has died at the age of 80.

McGoohan played the character Six in the surreal 1960s show. I just found out today that he wrote a number of the episodes under a different name, and he was considered for the role of James Bond in DR. NO as he’d previously played a spy in the British TV show Danger Man.

It’s a shame he didn’t live to see the mini-series remake of The Prisoner that’s airing this year on AMC, staring Sir Ian McKellen as Number Two, and Jim Caviezel as Number Six, the eponymous Prisoner.

The BBC Online has a nice obit of McGoohan here.

And in the lead-up to their own series, AMC is showing all seventeen episodes of the 1960s The Prisoner online here. In tribute to McGoohan I plan to watch all the episodes and occasionally shout: “I am not a number! I am a person!”

Comments Off on Patrick McGoohan, 80