Writing Can Make You Healthier

Normally you hear about the physical toll that the largely sedentary practice of writing can have, usually around weight gain and its attendant complications.

But what if there is now evidence that writing can be good for you physically and mentally? 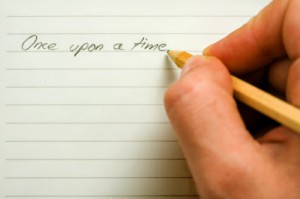 Recent research suggests that the “act of writing itself leads to strong physical and mental health benefits, like long-term improvements in mood, stress levels and depressive symptoms.” And that’s regardless of the quality of the prose–its the act of writing that appears to be important.

Why is this the case? It may be about exorcising demons.

Those who wrote about traumatic, stressful or emotional events were “significantly more likely to have fewer illnesses and be less affected by trauma,” and to spend less time in hospital, and to have lower blood pressure and better liver function than non-writers. They weren’t dwelling on these things or bottling them up as much as non-writers, and so that stress on their systems was removed.

Promisingly, one study found that even blogging might trigger dopamine release.

Comments Off on Writing Can Make You Healthier