To see them today, you’d think that much of the art and architecture of the ancient world was, well, pretty dull. Lots of beige stone and white marble.

You couldn’t be more wrong. The ancient world was absolutely awash in vibrant colours! And nowhere is that more true than in the art of ancient Egypt–especially in their temple art.

Well, the Metropolitan Museum of Art in New York is determined to correct this historical ignorance by helping bring the weatherworn sandstone of the Temple of Dendur back to the glory of Antiquity.

Don’t worry! They’re not going to paint it. Oh, no. They have something far more high tech in mind.

Using projection-mapping technology (or, more fancily called “spatial augmented reality”), visitors to the Met can now glimpse what the Temple of Dendur may have looked like in its original, polychromatic glory more than 2,000 years ago.

Egyptologists working at the Met have reconstructed a plausible idea of what the scene on the temple’s south wall, in which Emperor Caesar Augustus in Pharaoh garb presents wine to the deities Hathor and Horus, looked like in full colour.

Comments Off on Ancient Egypt in Technicolor

The Wrong Take-Away from Cyberpunk Fiction

It’s a pretty reliable trope of cyberpunk fiction: not only are corporations people but in the future, they’ll be governments. I’ve even used this idea in my short story “Citius, Altius, Fortius,” (available in my short story collection) in which a multinational conglomerate buys a small African nation so it can run its affairs as it sees fit. 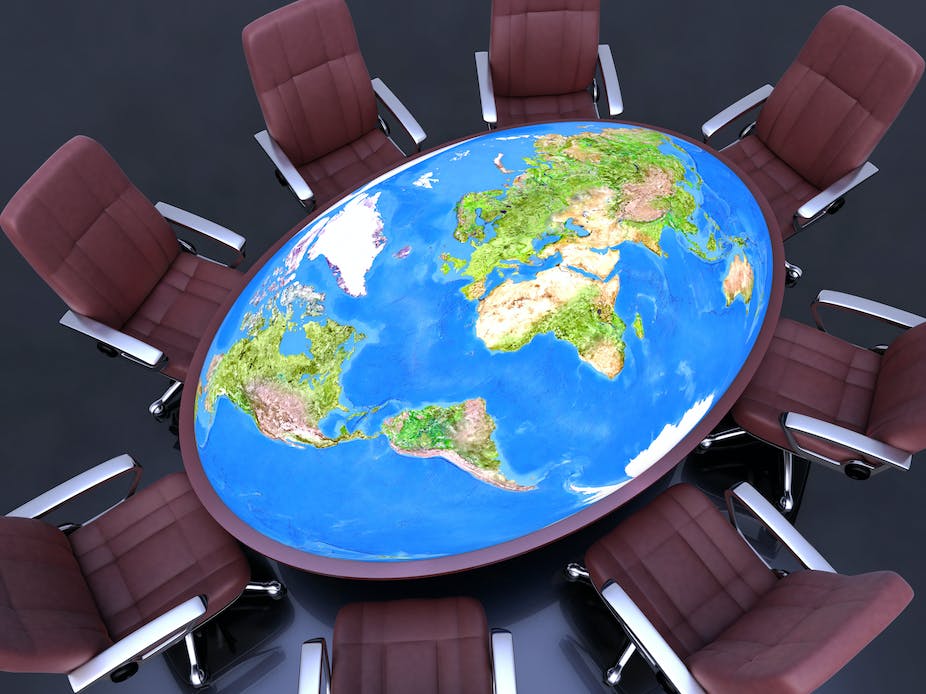 But what if you read those stories not as a warning, but as a blueprint?

Well, it looks like that’s what the lawmakers in Nevada did. Because they said, “Hold my beer!” to William Gibson, and have proposed legislation to establish so-called Innovation Zones (nowhere wholesome is ever called a ‘zone’, ammiright?) to jumpstart the state’s economy by attracting tech firms.

According to the AP, the zones would permit companies with large areas of land to “form governments carrying the same authority as counties, including the ability to impose taxes, form school districts and courts and provide government services.”

What could go wrong, right?

Comments Off on The Wrong Take-Away from Cyberpunk Fiction

NASA’s Perseverance rover is set to land in the Jezero Crater on the surface of Mars on February 18, 2021.

When Perseverance gets the signal, it will jettison its spacecraft and plunge into the Martian atmosphere at twelve to thirteen thousand miles per hour. When the drag slows the rover enough it will cast off its heat shield and deploy the biggest supersonic parachute ever sent to another planet.

While this is similar to the landing approach of the Curiosity rover, Perseverance will use brand new technology–Terrain Relative Navigation–to land. While the rover is descending on the parachute, it will be taking images of the surface of Mars and determining for itself where to land, based on what it sees.

Once Perseverance has figured out where to land, it will jettison its backshell and parachute, and fire the rockets of its descent stage. This rocket backpack will lower the rover to twenty meters off the ground and deploy the skycrane cables to lower the rover gently to the surface. Once Perseverance touches down, the descent stage will cut loose from the rover and fly away to crash at a safe distance from the rover.

All this takes place during what NASA calls the “seven minutes of terror,” which is how long it takes to get from the top of the atmosphere of Mars to the ground safely. Because of the time delay in getting signals from Mars (it is a loooong way away), we won’t know whether all this has gone off without a hitch until after it has all taken place.

You can watch live starting at 2:15pm Eastern on NASA’s Jet Propulsion Laboratory’s YouTube channel. Touchdown of Perseverance is expected around 3:55pm Eastern.

This kind of stuff is my Super Bowl.

Comments Off on Perseverance Landing on Mars Today (We Hope)

No, this has nothing to do with the next Indiana Jones movie…

Archeologists in southwestern Spain have discovered a cache of incredible weapons made of rock crystal. Dating back to at least 3000 BCE, these weapons include 25 arrowheads and a stunning crystal dagger that would have taken enormous skill to carve.

Found as part of grave good in the megalithic tomb site of Montelirio tholos, the dagger was found with an ivory hilt and sheath. Measuring nearly 8.5 inches long, it’s similar in shape to other flint daggers of the period. 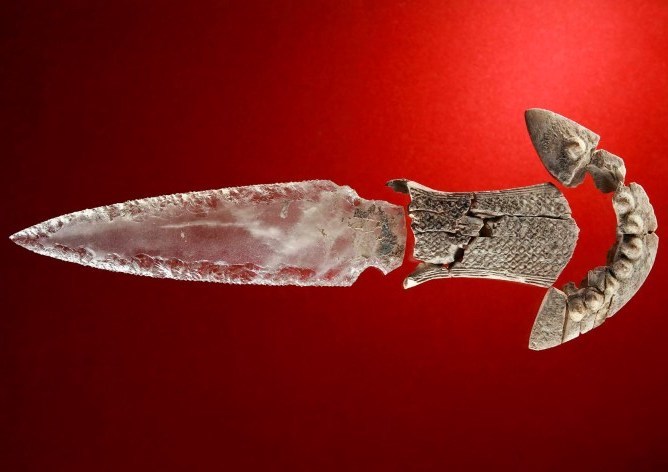 Comments Off on 5,000-Year-Old Crystal Dagger Found Buried in Spain

Pleistocene Park: How Grazing Animals Can Help Save the Permafrost

Sergey Zimov, a Russian geophysicist, is a genuine eccentric but he might just be on to something.

Over the last several decades, Zimov and his son Nikita have been building what they’ve dubbed ‘Pleistocene Park’ in far northeastern Siberia. By populating the 160 square km (62 square miles) park with yaks, horses, sheep, oxen, and other grazing animals, Zimov and his son hope to reshape the land to more closely resemble the northern grasslands of the kind that spread during the Pleistocene epoch, the glacial geological period that began 2.6m years ago and ended 12,000 years ago.

Having the grazing animals–with their stamping hooves that disperse snow and compress the ground–uproot and trample the shrubs, moss, and larch trees that cover the area and return it to grassland will, they argue, slow the thawing of permafrost, a process that leads to the release of greenhouse gases that could accelerate climate change. 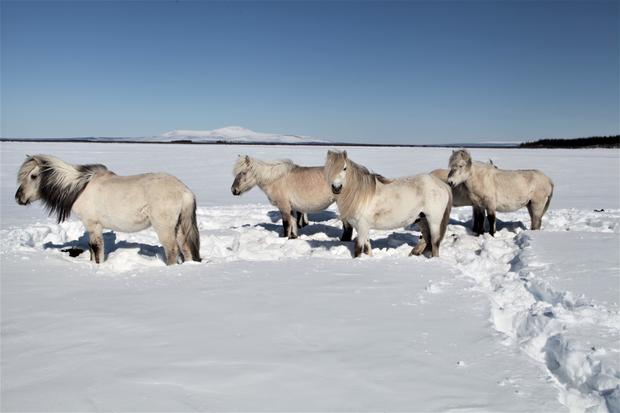 Early results from 100 resettled animals across a one-square-kilometer area cut the average snow cover height in half, dramatically reducing the insulating effect, exposing the soil to the overlying colder air, and intensifying the freezing of permafrost.

The results of a computer model also support their ideas. Repopulating the tundra with grazing animals would reduce ground warming to just 4 degrees Fahrenheit (versus 7 degrees Fahrenheit if we do nothing), which would preserve 80% of the current permafrost through the end of this century. If we do nothing, we will lose 50% of all permafrost by 2100, dumping gigatonnes of carbon dioxide into the atmosphere.

“This type of natural manipulation in ecosystems that are especially relevant for the climate system has barely been researched to date, but holds tremendous potential,” says Professor Christian Beer of the University of Hamburg, who conducted the computer simulation.

Comments Off on Pleistocene Park: How Grazing Animals Can Help Save the Permafrost

Tunguska Explosion of 1908 Caused by Asteroid Grazing the Earth?

A new theory by Russian scientists argues that the Tunguska explosion of 1908 was caused not by a disintegrating comet or by the explosion of a small black hole (as has been traditionally theorized), but by an iron asteroid passing into and then out of the Earth’s atmosphere–like a through-and-through gunshot wound.

This theory fits many of the characteristic facts of the Tunguska explosion: eyewitness accounts of the sky “split in two,” a huge explosion, widespread fire, millions of trees flattened but no visible crater, and reports of dust in the upper atmosphere over Europe after the event.

If true, it would mean that an iron asteroid the size of a football stadium narrowly missed striking the Earth…and ending civilization.

Better to be lucky than good, I suppose?

Comments Off on Tunguska Explosion of 1908 Caused by Asteroid Grazing the Earth?

Few would accuse rabid conspiracy theorists of suffering from an excess of intelligence, but this latest “theory” really takes the cake.

Conspiracy theorists in Italy have warned about a ‘5G Chip’ they claim has been planted in COVID-19 vaccines. However, the widely circulated image of the chip in question turns out to be…a reworked schematic for the Boss Metal Zone guitar pedal.

While this is patently false nonsense–a ‘5G chip’ isn’t a thing anyway and all the COVID-19 vaccine will do is protect you and your loved ones against the virus–even if it were true given that the Metal Zone pedal is widely regarded as one of the worst pedals for metal players I’d suggest that, either way, we don’t have anything to worry about.

It’s the endgame of the War of the Currents! After their betrayal by the Cataract Construction Company, Tesla and Westinghouse finally secure the contract to harness Niagara Falls. They won the war and changed the world.

How AI Tractors Could Transform Farming

Fully electric, driver-optional, AI-powered, smart tractors could be coming to a farmer’s field near you.

With the challenges that modern farmers face–including climate change, consumer demands for sustainability, and labour shortages–AI-enabled tractors have the potential to cut overhead costs and emissions thanks to electrification (traditional diesel tractors produce roughly 14 times the emissions as the average car), automation, machine learning, and deep data analysis of farmers’ existing field and operations.

Comments Off on How AI Tractors Could Transform Farming

Archaeologists in Pompeii, which was buried in 79 AD by the eruption of Mount Vesuvius, have discovered a frescoed hot food and drinks shop that served ancient street food to Roman passersby.

Known as a termopolium, Latin for hot drinks counter, the shop was discovered in the archaeological park’s Regio V site, which is not yet open to the public. 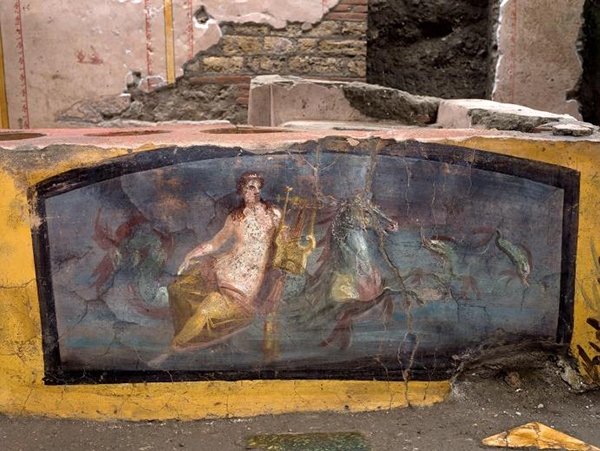 Complete with a frescoed image of a Nereid riding a sea-horse, the termopolium includes other decorative still lifes, food residues, animal bones, and even victims of the eruption.

Comments Off on Ancient Snack Stall Uncovered in Pompeii