You Had Me at ‘Orbital Colony’

Physicist Pekka Janhunen from the Finnish Meteorological Institute wants to skip bases on the Moon and Mars entirely. Instead, Janhunen suggests we build a giant habitation in orbit of Ceres, a dwarf planet in the asteroid belt between Jupiter and Mars. 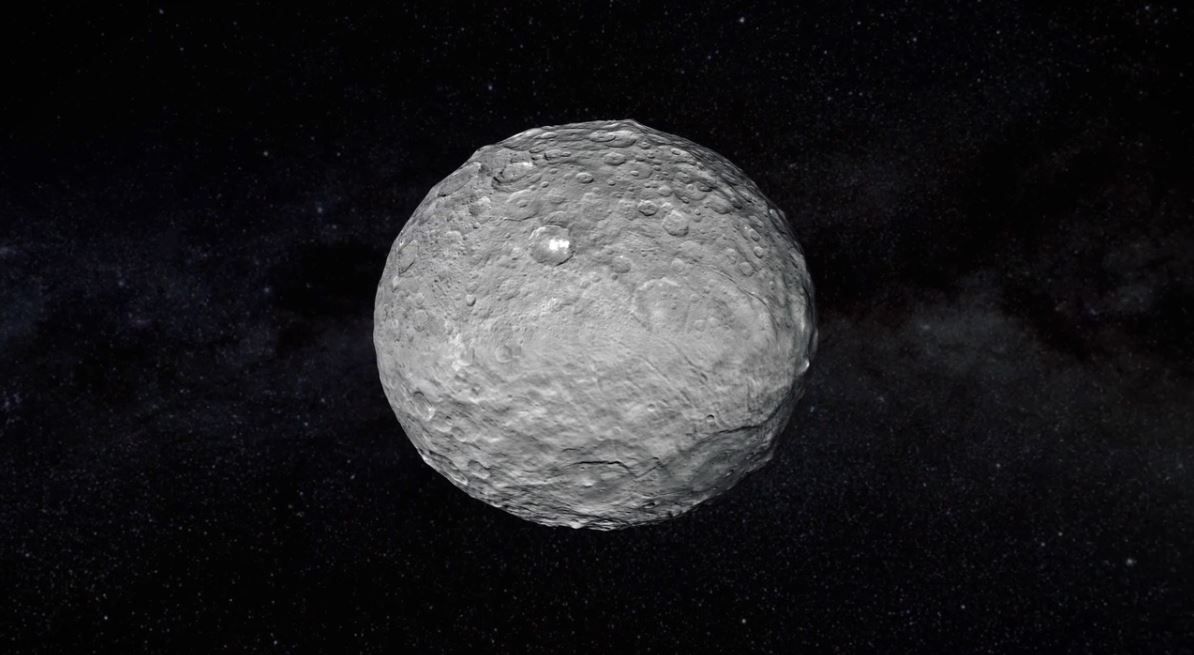 According to his draft paper, not only could we use material from the surface of Ceres to build the majority of the satellite, but we could also build a 636-mile-long space elevator to carry materials like nitrogen, water, and carbon dioxide from the surface to the satellite for construction and resupply.

The first group of colonists would number 50,000 or so.

Comments Off on You Had Me at ‘Orbital Colony’

Love in the Time of Coronavirus: Thank You for Your Sacrifice

I think this infographic gives some perspective on the current crisis and illustrates the choice before us: we get to choose how bad this pandemic becomes.

I did a history of epidemiology course as part of my history of science MA–it was the history of how medicine has learned to track, control, and prevent the spread of disease. We talked about some of these earlier epidemics and it was scary stuff. The best that medicine had to offer in each era was essentially useless in the face of these diseases. People dropping dead in the millions and no one could explain how or why, or what to do about it.

But, unlike them, this COVID-19 outbreak is the first pandemic that we as a species have the power to control and minimize.

Think of that! No generation of humans has ever been able to say the same thing. No generation before us has had the technical and scientific knowledge to identify and combat a plague in such swift fashion, nor the instantaneous communication and coordination abilities that we have to institute meaningful quarantine and isolation on a global scale.

We were alerted to this plague early. Our experience fighting SARS, that could-have-been-pandemic, helped us. We know what it is that we’re up against. We know how it spreads and how we can avoid it. We’re already trialling vaccines and antiviral drug therapies within THREE MONTHS of this thing first appearing. No other generation before us could say any of that about the pestilences that from time to time appeared, like a rider on a pale horse, and cut down great swaths of people.

I know that being cooped up for weeks or months sucks (I’m here with three little kids, believe me, I GET IT). But you’ll notice that right now COVID-19 is a little speck on that graphic, less than a pinhead in comparison to past pandemics. The sacrifices you make now by isolating and social distancing, by working from home and following the advice of medical experts–all those little things are what will help keep that tiny speck from becoming one of those giant, catastrophic blobs we see depicted in other eras for other pandemics.

Thank you for your sacrifice.

Okay, so this is COOL. Using techniques developed for the study of evolutionary biology, scientists have traced certain folk stories back to the Bronze Age.

Stories, in their telling and retelling, accumulate changes in plot, characters, and settings. In fact, they behave a lot like living organisms, which build up mutations in the genes that they pass to successive generations. And now scientists can reconstruct the relationships between versions of a story using the same tools that evolutionary biologists use to study the change over time in species. They can compare different versions of the same tale and draw family trees–phylogenies–that unite them. They can even reconstruct the last common ancestor of a group of stories.

Little Red Riding Hood, for example, can be traced back to a single origin, 2,000 years ago, somewhere between Europe and the Middle East. Beauty and the Beast and Rumpelstiltskin were first written down in the 17th and 18th centuries respectively, but they are actually between 2,500 and 6,000 years old.

Much more here. And here, too. Well worth the read!

* or just a cloud of comets, or stellar debris, or…

Okay, that title was clickbait–but this is still a cool story!

KIC 8462852, a distant star situated 1,480 light-years away between the constellations Cygnus and Lyra, has been observed with a very unusual flickering pattern. Something makes the star dim drastically every few years in periods lasting between 5 and 80 days–a pattern that doesn’t show up anywhere else across the 150,000 stars we’ve studied in depth.

And scientists aren’t sure what’s going on.

Now, it’s likely that there’s a perfectly reasonable explanation: maybe catastrophic crashes in the asteroid belt; maybe a giant collision in the planetary system like the one that created our own moon; maybe small proto-planets shrouded in a cloud of dust. The most probable explanation is that a family of comets orbiting KIC 8462852 had been disturbed by the passage of another nearby star, which sent chunks of ice and rock flying inward, explaining both the dips in brightness and their irregularity.

However…there is also another theory.

Scientists (at least those of a certain bent) have theorized that an advanced alien civilization would be marked by its ability to harness all the available energy from its star, rather than being limited to a single planet’s resources. They envision megastructures like a Dyson Sphere that would orbit or even encompass a star, capturing all available power and putting it to use.

Unlike the Dyson sphere that once appeared on an episode of Star Trek: The Next Generation, such a construct would probably comprise a chain of smaller satellites or space habitats, something that would block its star’s light as weirdly and irregularly as the light of KIC 8462852 has been blocked.

There probably aren’t words to describe how badly I want this to turn out to be a Dyson sphere, or a ringworld, or, well, just about any mega-structure built by an advanced alien civilization. Hey–I’ve been reading David Brin’s Uplift books recently. Maybe its the Progenitors?

Then again, maybe its nothing.