I will confess that despite playing C-level co-ed rec basketball (at which I suck, hard) from time to time, I’m not really one to follow the sport. However, “Raps Fever” has indeed gripped me recently as the Toronto Raptors and the New Jersey Nets faced off in the NBA playoffs.

Part of my involvement with the series was due to my buddy Ryan–he lives and dies by every shot and is almost more fun to watch than the game–and the fact that, though I’m not really a basketball fan, Vince Carter is rightly the most hated man in Toronto.

But, alas, the Raps lost by ONE POINT in a hard-fought game 6 last night. It was rough to take, but the group I was watching it with made it a good time anyway.

Now, my buddy Ryan was lamenting our loss to Carter (and by “lamenting” I mean hurling foul invectives at the grinning televised face of Vince, whilst simultaneously offering his darkest opinions on Vince’s wife, mother, and questionable off-court pass times–all in all, quite funny) but as someone pointed out, Carter was a non-factor.

Jason Kidd was the real nemesis of the Raptors…perhaps not surprising, given his more than passing resemblance to a Reman from Star Trek: Nemesis.

You be the judge: 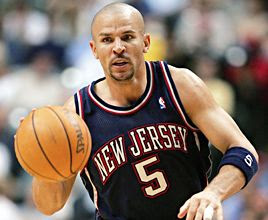 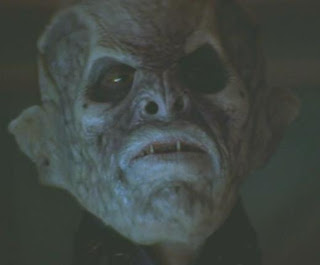 See? Creepy, right? That’s all I could picture any time Kidd had the ball.

PS: There are MAJOR bonus points up for grabs if anyone can tell me the reference I’m making in the post’s title…