The Coolest Hugo Ever

The Hugo trophy from this year’s awards in Japan is, simply, the coolest one ever.

But I’m afraid this one takes the cake, err, rocket ship. 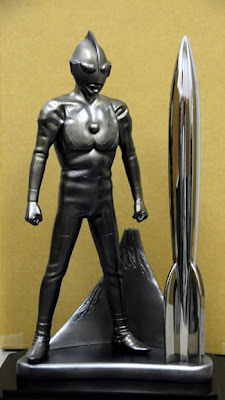 The results of the 2007 Hugo Awards, as announced at Nippon 2007, the 65th World Science Fiction Convention, in Yokohama, Japan, on September 1st 2007, are as follows:

The winner of the John W. Campbell Award for Best New Writer, sponsored by Dell Magazines and administered on their behalf by the World Science Fiction Society, is:

Comments Off on The Coolest Hugo Ever