Reminder: Writers of the Future Book Signing on Tuesday, November 6 at the World’s Biggest Bookstore

I just wanted to send around a quick reminder before I head off for World Fantasy this weekend that Tony Pi and I will be doing a reading and signing copies of Writers of the Future XXIII this coming Tuesday, November 6 at the World’s Biggest Bookstore (20 Edward Street in Toronto). Robert J. Sawyer, Hugo and Nebula Award winner, and one of the WOTF contest judges will also be in attendance to talk a little about the contest and sign copies of his own work. We’ll be signing from 6-9pm, but the readings will happen toward the beginning, so be sure to get there early to hear us! 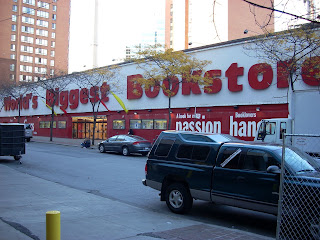 A bookstore so big it blots out the sun…

I popped down to the World’s Biggest Bookstore yesterday at lunch to scout the locale and took some photos. I think this signing will be realy fun! (And just so you know: while it may once have been the world’s actual biggest bookstore by square footage, I believe that title is now held by one of the big American box bookstores. However, I’m assured that Toronto’s WBBS is, by number of titles carried, still the biggest and I guess that’s what matters. They have, after all, about a hectare and a half of sci-fi and fantasy…so they’re doing something right, anyway 😉 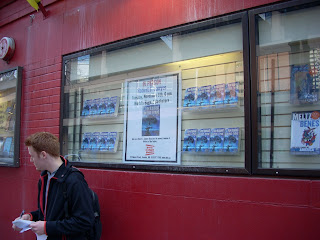 Clearly the buzz has already begun. This guy is camping out on
the sidewalk to be the first one in line for the event Tuesday. 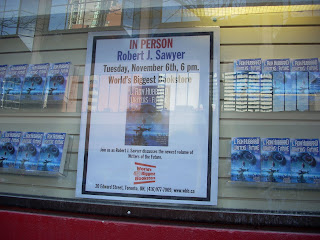 Front window display. They’ve wisely gone for the bigger
draw of Robert J. Sawyer rather than the Steve and Tony Show. 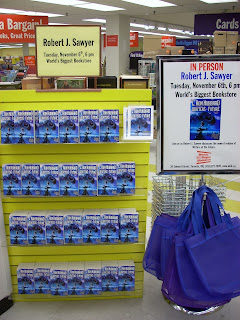 A very impressive full rack of books as soon as you walk in the door. 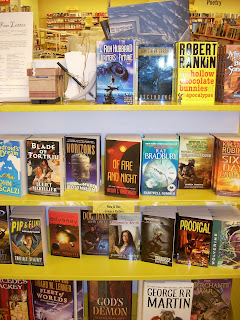 Here we are on the top shelf of the ‘Staff Picks’ in the expansive SF section.
We’re right above the ‘New & Hot Science Fiction’ which we are also, no doubt… 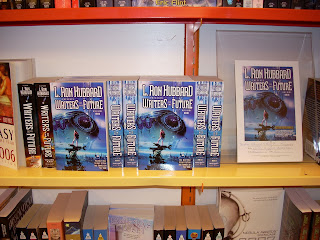 And here’s the on-shelf display. Very nice. Does anyone else think
that look like Tony’s handwriting on the flyer to the right?

One really unexpected (but nice) surprise was seeing the first copies of Tesseracts Eleven on the shelf! I was told it wouldn’t be available until mid-November but it sure was cool to see it now. 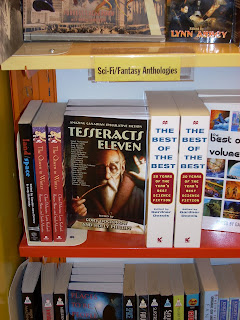 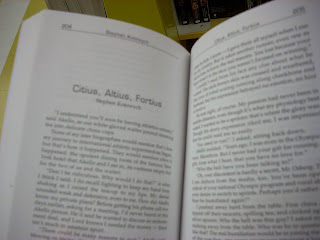 Yup–that’s my story. I guess I wasn’t imagining things. 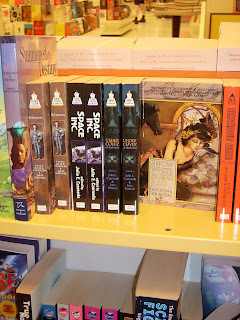 They even still have copies of Under Cover of Darkness which
has my first published story. I love this store!

I’ll be back in four days with the Truth!

2 Responses to Reminder: Writers of the Future Book Signing on Tuesday, November 6 at the World’s Biggest Bookstore