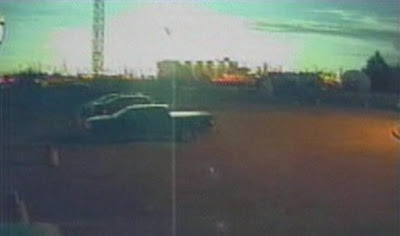 A wickedly bright green fireball lit the skies over western Canada yesterday, as a meteor streaked to the ground somewhere in the Prairies, near the border of Saskatchewan and Alberta. 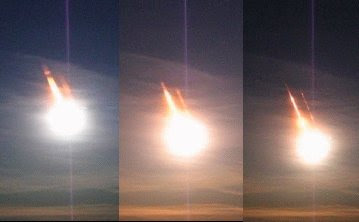 According the RCMP in Lloydminster, a meteor fell from the northern skies at around 5:30pm MT on Thursday. It was visible from Edmonton, east from Lloydminister and into Saskatchewan and as far south as the Regina area–which is a helluva big area.

Witnesses said that the meteor crossed the sky for between five and ten seconds, and the fireball appeared alternately white, green, and even rainbow-coloured. Locals at the Red Pheasant First Nation, 100 kilometres northeast of Saskatoon, said the walls of their band office shook when the fireball streaked overhead.

The fireball may have crashed into the ground about 200 kilometres south of Calgary, according one witness. Nevertheless, the search is on.

Your know what’s harder than finding a needle in a haystack? FINDING A METEOR IN THE PRAIRIES! Good luck to whoever has that job. You’re going to need it…

Comments Off on Meteor lights up Saskatchewan sky